What Is Data Cabling?

Most buildings feature electrical, phone and TV wiring. In recent decades, the fourth type of cabling has become increasingly common. Data cables carry information between computers and network equipment. They often provide access to the internet and possibly a company-specific intranet.

Data cabling allows multiple computers to share the same equipment. This eliminates the need to buy and maintain separate accessories for each machine. For instance, the cables could connect three PCs in different rooms to a single networked printer.

Buildings primarily use Ethernet cabling at present. Some older installations feature coaxial or token-ring cables. Different wires are shielded or unshielded. Wires with shielding cost more, but they resist interference with greater success.

Network cables come in several different grades known as "categories." They're commonly referred to as Cat3, Cat5, Cat5e or Cat6 wires. Higher numbers represent faster maximum communication speeds. However, users can only benefit from higher speeds if the network and computer hardware also support them.

The Benefits of Data Cabling

Although wireless communication has become more popular in recent years, data cabling still offers numerous valuable advantages. It boosts security, speed and reliability. Wires are much better at resisting interference. Homeowners and businesses can also opt to use an integrated combination of wired and wireless networking.

These cables have the potential to carry voice audio in addition to computerized communications. This is possible when people use a VoIP or cable-based phone service. However, these telephone systems need higher-capacity wires than traditional analog landline phones. They usually don't work well unless a building has Cat6 or Cat5e wiring.

To sum it up, data cabling provides a dependable way for electronic devices to communicate with the internet and each other. It can also handle digital phone communications. Different types and classes of wires offer various advantages, such as high speeds, protection from interference or lower costs.

To learn more about data cabling or IT services, contact the team at Total BC today.

When it comes to managing your IT systems, the main problem becomes optimizing the staff and resources required to keep your operations up and running. This task not only requires strategic planning, but also the right leadership and skilled IT...
Read More...

Few things are as important to a business as having a reliable, stable telephone connection. Despite this, many businesses still opt for traditional phone systems. In the past few years, however, a steady stream of businesses have switched...
Read More...

We all rely on our phones in one way or another. They offer instant access to news, family, friends, colleagues, and clients alike. Apps can also get you pretty much anything that you want. Next to computers, phones are like the life...
Read More...

How To Choose The Best Phone System For Your Business

If a company's employees can't communicate with each other they aren't going to have a lot of success. This is why there are entire college courses dedicated to teaching future business professionals how to communicate with both clients...
Read More...

What is VoIP? How Can It Save Your Business Time and Money?

VoIP (or voice over internet protocol) is a standard that has been in existence for at over 20 years after first appearing in Israel in 1995. As of 2016, at least 79% of businesses in the U.S. utilize some form of VoIP as their...
Read More...

What Are The Benefits Of A Cloud Hosting System?

Benefits of Managed IT Services

Whether you have a small or large business, it's important to carefully consider your IT needs and infrastructure. You may find that you don't have the resources or manpower to properly manage the necessary technologies. That's...
Read More...

The Importance of Routine IT Maintenance

IT Security and the Importance of Policies and Procedures

When it comes to IT security, clearly defined and documented policies which can be translated into actionable and repeatable procedures. Clearly documented and articulated policies leave no room for doubt as to what is expected and acceptable...
Read More...

Why Data Management is Important for Your Business

A data management system is responsible for storing, retrieving, protecting, and sharing data throughout your organization. It’s a simple solution to an epidemic of mismanaged data for businesses. There are many benefits to investing in a...
Read More...

TotalBC, Inc. is happy to announce the completion of the merger with Business Communications Inc. (BCI).  BCI has been serving the Spartanburg/Greenville South Carolina area since 1982.  Every team member of BCI will continue with TotalBC...
Read More... 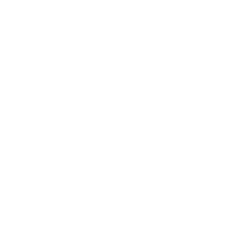 No Money, No Obligation, Just Free.

Looking for a better phone, internet, private network solution or just starting up? Get 30 days of premium IT service ABSOLUTELY FREE, just for trying us out!

We are ready to help your company manage its communication struggles with integrity, knowledge, and commitment.